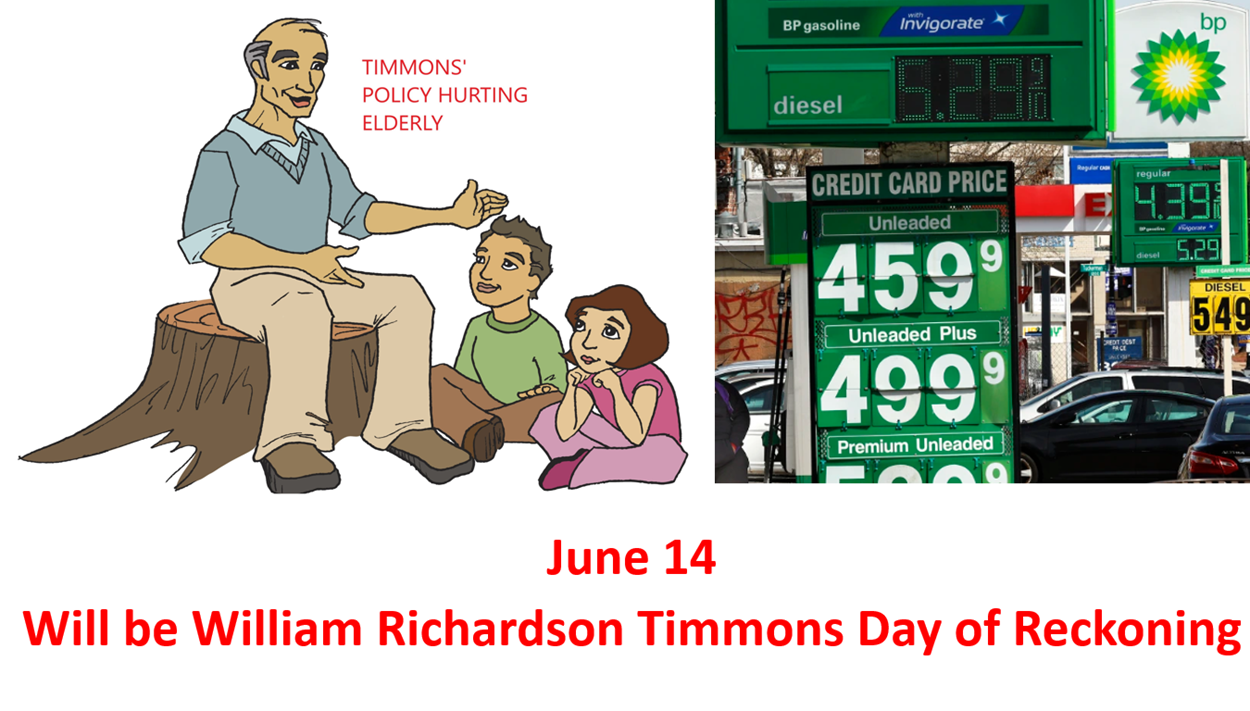 Joe Biden and his handlers have made posting photos of the latest gas prices the new "thing" on social media! Gas, food, home repair items, clothing, heating fuels, and a whole host of other consumption items are near HISTORIC INFLATIONARY LEVELS here in District 4 (Greenville and Spartanburg Counties) and across our beautiful state of South Carolina.

However, and lest we forget, the DEVASTATING and NEGATIVE impact to SOARING health care costs that William Richardson Timmons IV has had on our District. The rising cost of healthcare in D4 can be laid “directly at the feet” of our inexperienced Congressman William Timmons. It was Congressman Timmons (then, state senator) who sponsored a bill to allow monopoly-like conditions to set up shop here in District 4.

Candidate LaPierre stated, “The Greenville County Solicitor needs to investigate and potentially file a lawsuit against the MONOPOLY-LIKE conditions of PRISMA HEATH-CARE to challenge and stop the attack on the elderly, the poor, and middle classes in South Carolina. Once and for all we need to determine if there are anti-trust considerations.”

That's right, Timmons cut a deal and sponsored legislation to bring the PRISMA MONOPOLY-like organization to our state. So, while we are all NOW worried about the inflationary issues at the gas station and grocery store, let us look at an EXAMPLE of how William Timmons is directly responsible for DESTROYING and abusing the finances of the elderly, the poor, and middle classes in our state.

If one were to obtain a quote for a hernia operation with PRISMA HEALTH, the total cost would be over $32k. Now, go 10 minutes up the road to a NON PRISMA location and you can get that same surgery for under $8k. Believe me! THIS EXAMPLE IS MY OWN!

Mr. Timmons, with respect, $24K is an awful lot of gas and food money. YOU SIR are financially suffocating and abusing the elderly, the poor, and middle classes with your il-conceived sponsorship of monopoly-like conditions.

The rich elitist William Richardson Timmons IV sponsored a bill in the SC Senate that "gave away" the Greenville Healthcare System for pennies on the dollar. He effectively sold GHS for the outstanding debt. That's right, he gave away the farm and got NOTHING in return. The hard-working taxpayers in District 4 saw ENORMOUS chunks of their hard-earned tax dollars get STOLEN from them in this very bad deal from TIMMONS!

No businessman in their right mind would have cut this deal! NO ONE! Why would you cut a deal that harms the elderly, poor, and middle class? Why? Because Timmons sits in an ivory tower with a silver spoon in his mouth. As a trust fund kid, Timmons is immune from the financial pressures of high healthcare costs!

What OTHER destructive decisions has Timmons made while now in Congress? Stay tuned!